Exceptional ozone hole over the Arctic in 2020

Home » News » Exceptional ozone hole over the Arctic in 2020

This spring, the Arctic was marked by what may be the largest hole in the ozone layer ever recorded over the North Pole. The ozone hole is a common seasonal phenomenon observed yearly over the South Pole areas (Antarctica) due to the release of chlorofluorocarbons (CFCs) in the atmosphere from human activity. Ozone holes over the Arctic, however, are rarer. Since the start of satellite observations over this region in 1978, only one Arctic ozone hole has formed above the North Pole before. This occurred in 2011 and it was significantly smaller than the hole seen now. Unusual meteorological conditions are responsible for this year’s exceptional ozone hole at the North Pole. 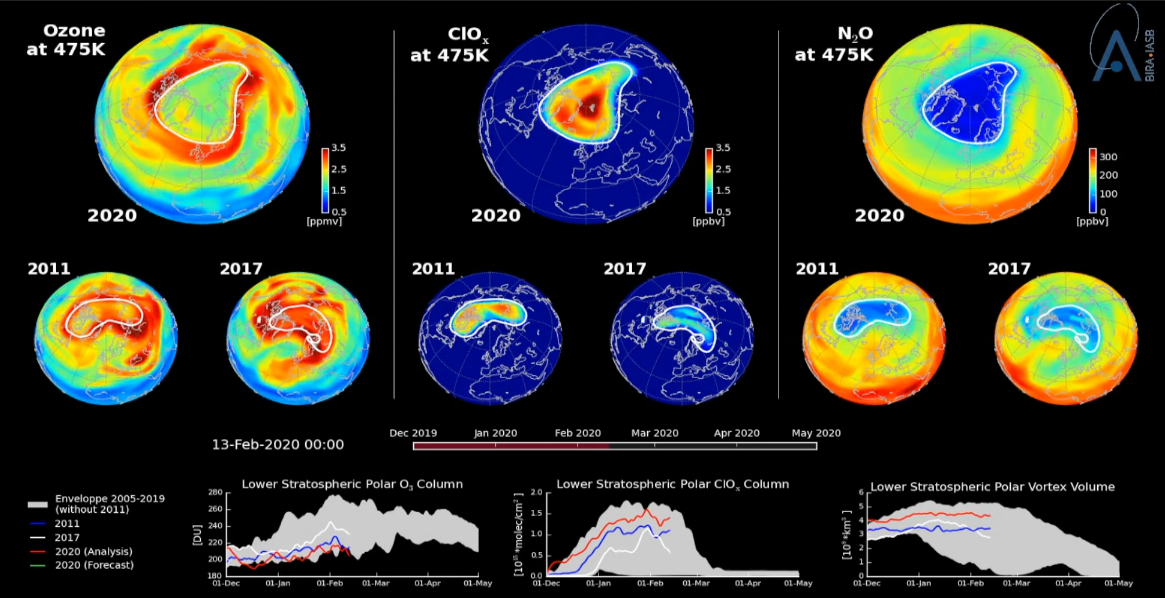 The ozone hole forms in the lower stratosphere, at an altitude roughly between 15 and 30 km. When the polar night falls, a “vortex” forms that isolates polar air masses from more southern air masses. The temperature decreases, allowing the activation of “inactive” chlorine reservoirs.

The source of stratospheric chlorine is primarily human activity. These are the CFCs whose industrial production was stopped several decades ago to protect the ozone layer. Nevertheless, the lifetime of CFCs is very long and the ozone hole phenomenon (at least at the South Pole) is expected to continue for up to around 2060.