Research based on ice-thickness data from ESA’s CryoSat and Envisat missions along with a new model of snow has revealed that sea ice in the coastal regions of the Arctic may be thinning twice as fast as thought.

Frequently in the news, Earth’s declining ice is without doubt one of the biggest casualties of climate change. However, calculating the amount of ice we are losing can be a challenge.

While monitoring the area of land and ocean covered by ice is relatively straightforward using images from satellites carrying camera-like instruments, scientists need to understand how the actual volume is changing – and to calculate this, they need measurements of ice thickness.

ESA’s CryoSat altimeter returns readings of ice height by timing how long it takes for radar waves to bounce back to the satellite from the ice surface. When it comes to ice floating in the polar oceans, ice thickness is inferred by measuring the height of the ice above the water. 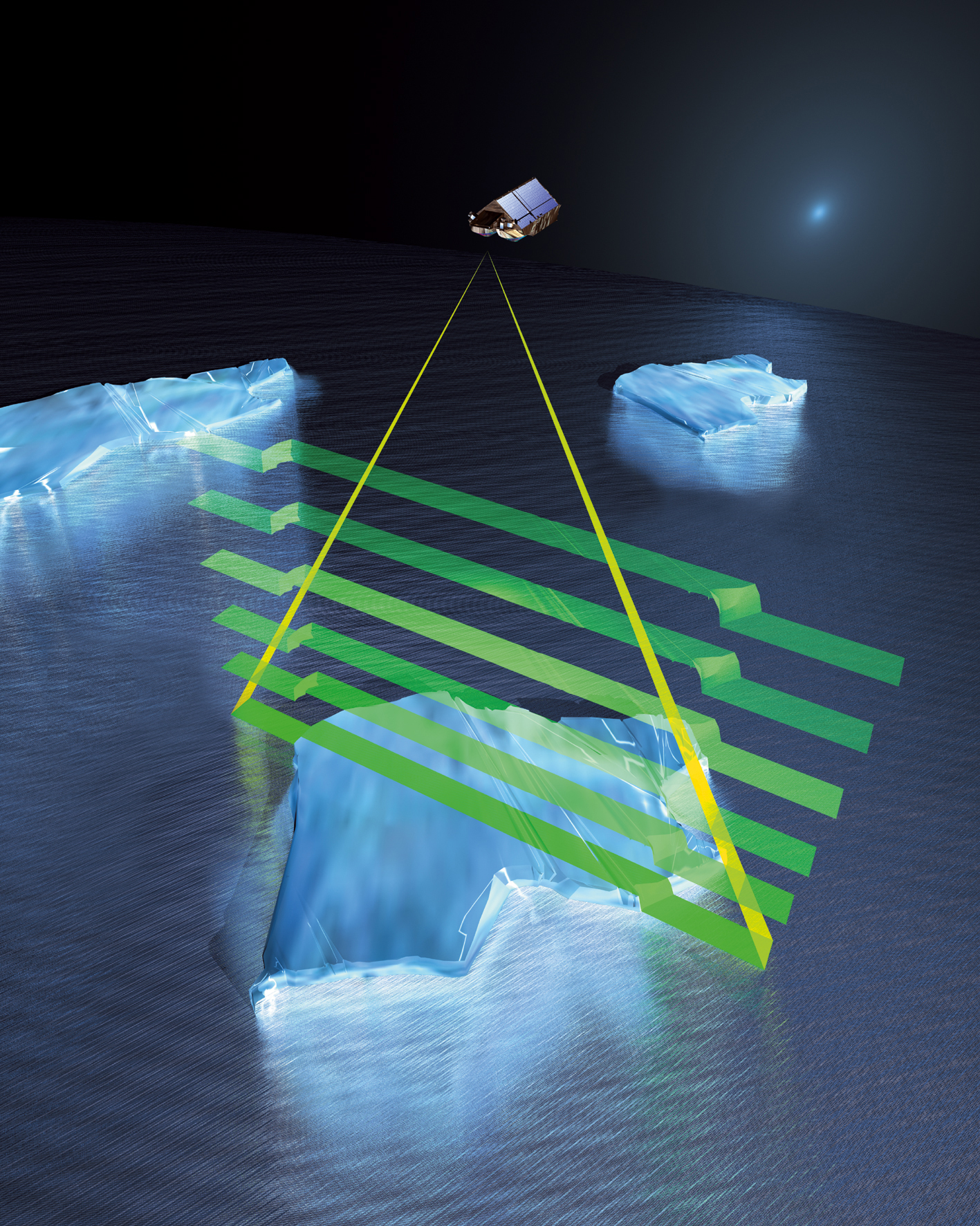 CryoSat is able to measure the freeboard (the height protruding above the water) of floating sea ice with its sensitive altimeter. From the freeboard, the ice thickness can be estimated.

However, these measurements can be distorted by the weight of overlying snow pushing it down into the ocean water. Scientists adjust for this effect using a map of average snow depth based on historical field measurements, but this map is now out of date and does not account for the impact of climate change on Arctic snowfall and regional snow-depth variations.

A paper, published recently in The Cryosphere, describes how researchers swapped the old map of snow depth for the results of a new computer model that calculates snow depth and density using inputs such as air temperature, snowfall and ice motion to track how much snow accumulates on sea ice as it moves around the Arctic Ocean.