Mapping the Roots of Mangrove Loss

While the rate of losses has declined, the ecosystems are still threatened and are facing more environmental stress.

Using data from Landsat, researchers have created a new map depicting the causes of change in global mangrove habitats between 2000 and 2016. The map will benefit researchers investigating the impacts of mangrove gain and loss on the global carbon cycle, while also helping conservation organizations identify where to protect or restore these vital coastal habitats.

Mangroves are hardy trees and shrubs that grow in the salty, wet, muddy soils of Earth’s tropical and subtropical coastlines. They protect the coastlines from erosion and storm damage; store carbon within their roots, trunks, and in the soil; and provide habitats for commercially important marine species. 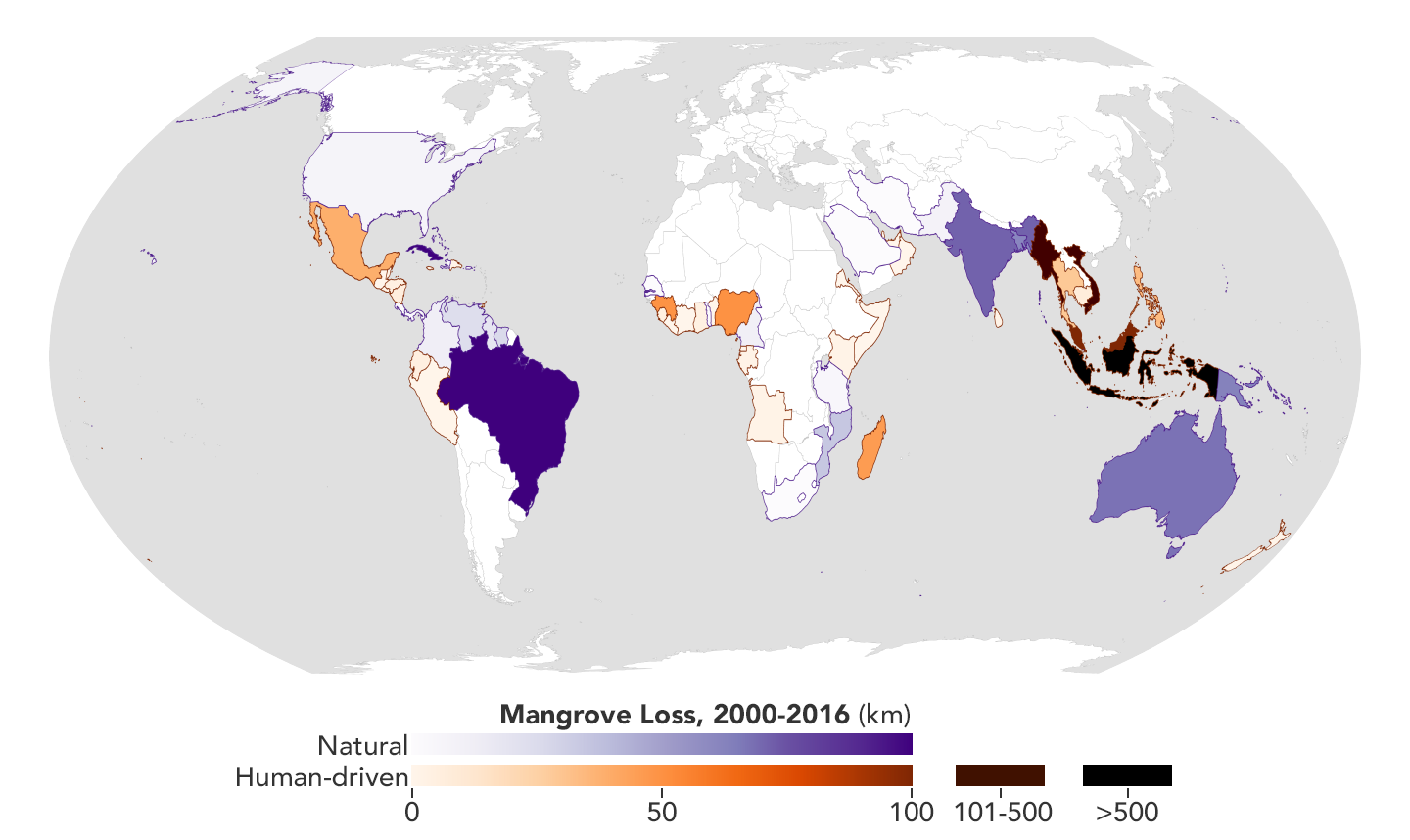 In a study released in 2010, mangroves were found to cover about 138,000 square kilometers (53,000 square miles) of Earth’s coastlines. The majority of these ecosystems were found in Southeast Asia, but they existed throughout the tropical and subtropical latitudes around the globe.

In the new study, researchers from NASA’s Goddard Space Flight Center used machine learning algorithms to analyze nearly one million images from the Landsat 5, 7, and 8 satellites. They first looked for changes is forest and land cover, then reviewed images for the type of land use. The team found that nearly 3400 square kilometers (1,300 square miles) of mangrove forests were lost between 2000 and 2016, or about 2 percent of global mangrove area. Roughly 62 percent of the losses were due to direct human causes, such as farming and aquaculture.