The first of Europe’s Meteosat Third Generation satellites is now safely aboard a ship and making its way across the Atlantic to French Guiana where it will be readied for liftoff in December. Once launched into geostationary orbit, 36 000 km above Earth, this new satellite, which carries two new extremely sensitive instruments, will take weather forecasting to the next level. The satellite along with 10 large containers of support equipment were loaded onto the MN Toucan cargo ship and set off from the port at Fos-sur-Mer, which is close to Marseille, on 29 September 2022.

The first Meteosat Third Generation Imager, MTG-I1, satellite plus 10 large containers of support equipment were loaded onto the MN Toucan cargo ship on 29 September and readied for the 12-day voyage to French Guiana.

On hearing that the precious cargo had left the port at Fos-sur-Mer, which is close to Marseille, Paul Blythe, ESA’s Meteosat Programme Manager, jokingly remarked, “I hope they know where Kourou is!” 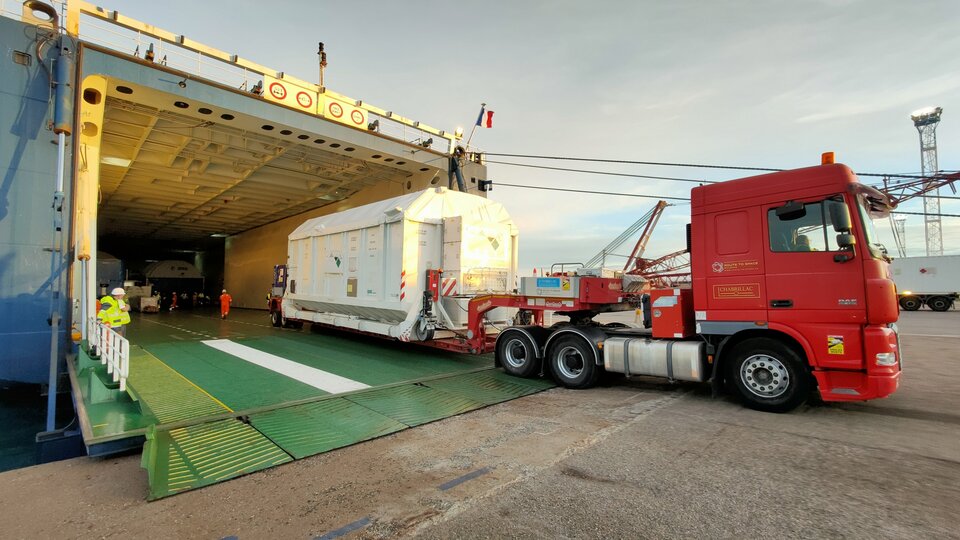 Followed by, “Has anyone checked the weather forecast for the crossing and did anyone see Raffa (who is responsible for MTG-I1’s assembly, integration and testing) get off the boat?”

Everyone has subsequently been reassured that he did not stow away and will soon fly out to Kourou with the advance launch campaign team to meet this special shipment on the other side.

The shipment marked the end of an intense period of preparation at Thales Alenia Space’s facilities in Cannes where MTG-I1 had undergone final testing, integration and procedures to lock the parts of the satellite that will be deployed once it is in space such as the solar array and various antennas. 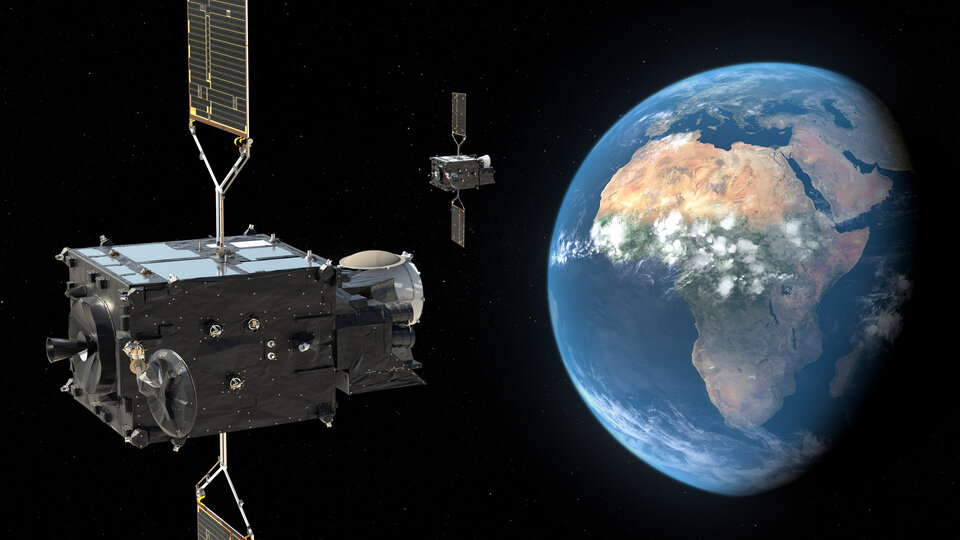 The Lightning Imager offers a completely new capability for European meteorological satellites. It will continuously monitor more than 80% of the Earth disc for lightning discharges, taking place either between clouds or between clouds and the ground.

This new instrument will allow severe storms to be detected in their early stages and will therefore be key for issuing timely warnings. Its detectors are so sensitive that will be able to detect relatively weak lightning, even in full daylight.