Gearing up for third Sentinel-2 satellite

With the first Copernicus Sentinel-2 satellite in orbit since 2015 and the second since 2017, engineers are busy preparing the mission’s follow-on pair to eventually pick up the baton to supply images for a myriad of applications from food security to monitoring the decline of Earth’s ice. Slated for launch at the beginning of 2024, Sentinel-2C has just started a punishing five-month testing programme to ensure that it is fit for its life in space.

The Sentinel-2 satellites each carry an innovative high-resolution multispectral imager, which combined with their 290 km-wide swath and frequent revisit times, offer unprecedented views of Earth.

The mission provides information mainly for agricultural practices and for tackling the global issue of food security. Images can be used to determine leaf area chlorophyll and water content indexes, for example. These data are particularly important for effective yield prediction and applications related to Earth’s vegetation. 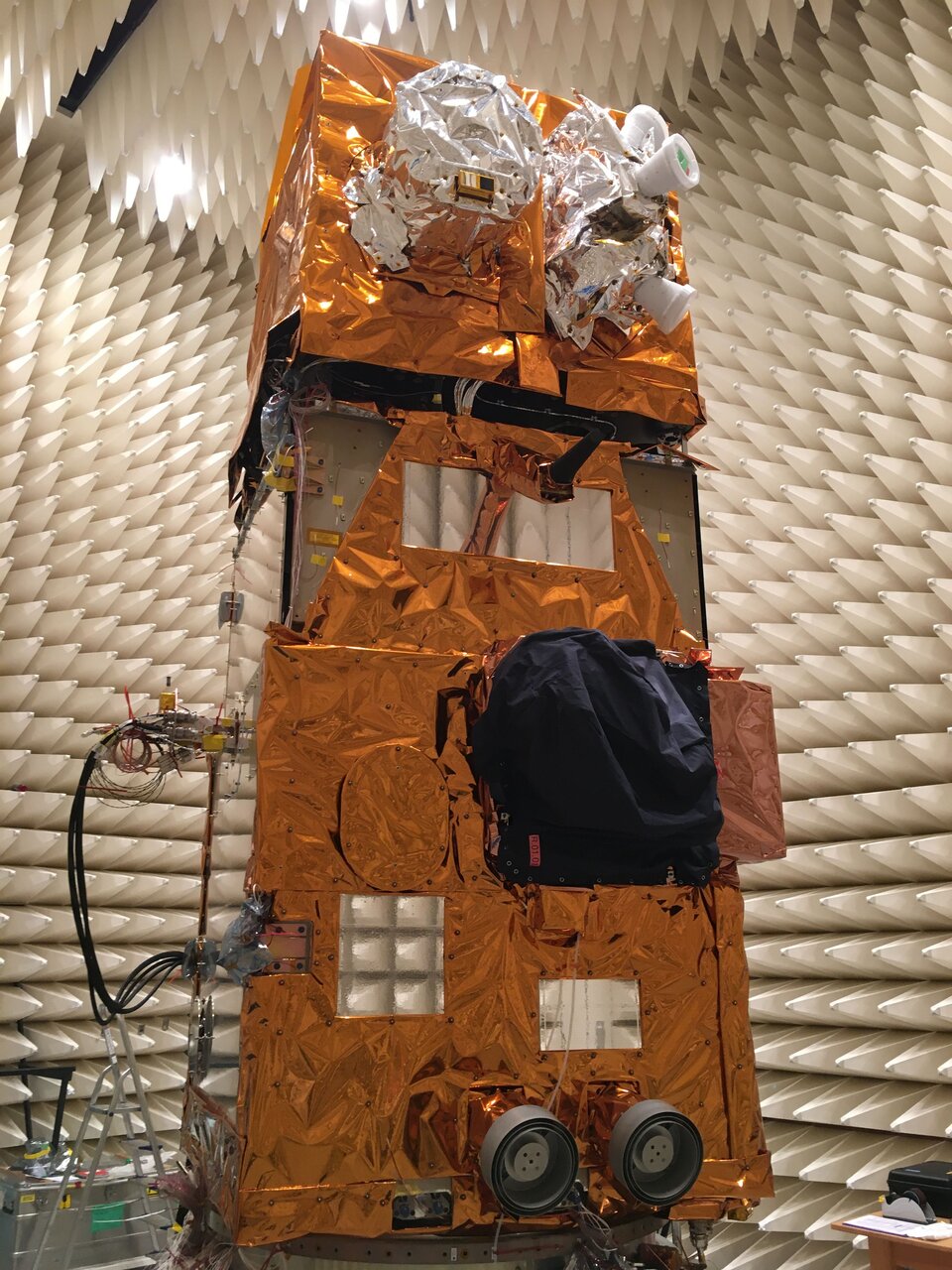 However, over the last six years, the mission’s data have also been used to monitor changes in ice sheets and glaciers, coastal erosion, deforestation, burnt land resulting from wildfires, pollution in lakes and coastal waters, and more.

The mission is based on a constellation of two identical satellites in the same orbit, 180° apart for optimal coverage and data delivery. So, when Sentinel-2A retires, Sentinel-2C will be there to take its place, and eventually Sentinel-2D will replace Sentinel-2B.

This pairing guarantees the continuation of data delivery that many Copernicus Services users now rely.