Sea-level rise is a key indicator of climate change so accurately monitoring the changing height of the sea surface over decades is essential for climate science, for policy-making and, ultimately, for protecting the lives of those in low-lying regions at risk. 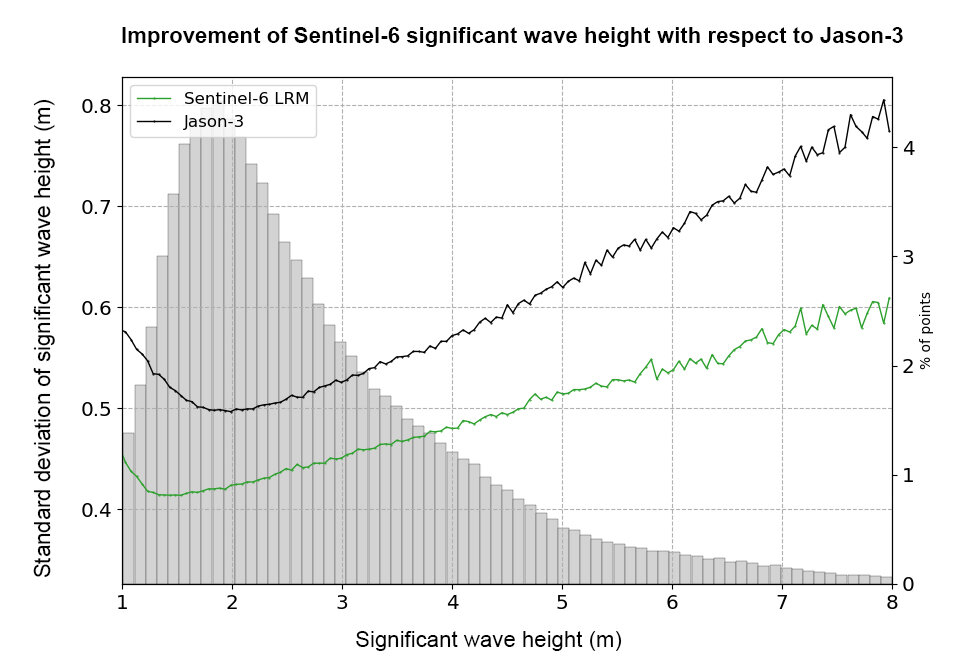 Using the latest radar altimetry technology, developed by ESA, this new mission will advance the long-term record of sea-surface height measurements that began in 1992 by the French–US Topex-Poseidon satellite and then the Jason series of satellite missions.

Sentinel-6 Michael Freilich will soon pick up the baton and extend this dataset – a dataset that is the ‘gold standard’ for climate studies.

Julia Figa Saldana, ocean altimetry programme manager at Eumetsat, said, “We have been flying Copernicus Sentinel-6 Michael Freilich on the same orbit as the current altimetry reference mission, Jason-3, for the past six months so that the satellites have the same ‘view’ of the ocean.