Sandwiched between the Mississippi River and Bayou Lafourche, the Barataria Bay in Louisiana is a latticework of shrinking marsh, swamp, and islands. Few other coastlines in the Mississippi River Delta—or anywhere in the United States—have changed as much in recent decades. According to one estimate, the bay lost 430 square miles (1120 square kilometers) of land—an area roughly the size of Los Angeles—between 1932 and 2016. 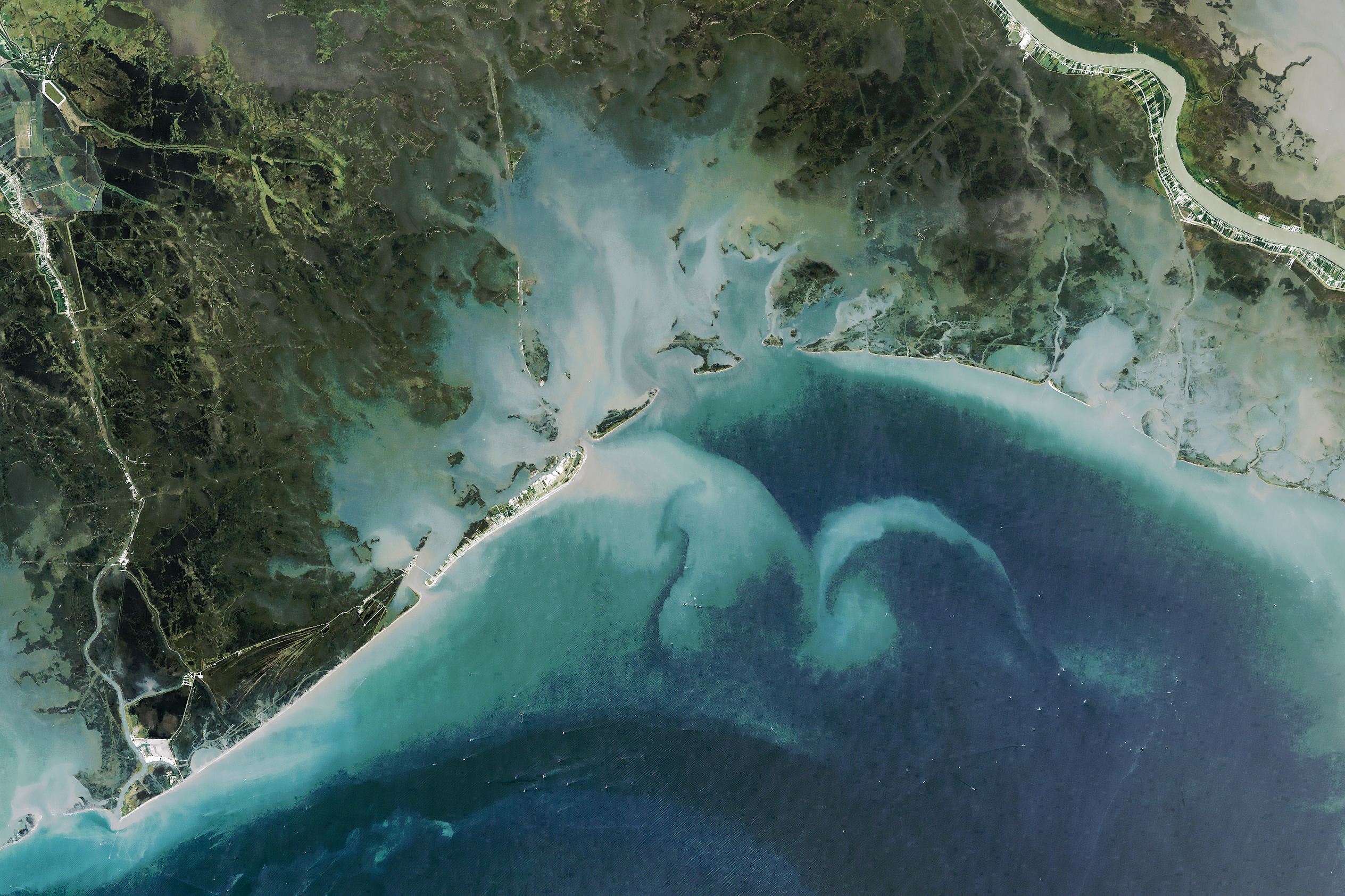 Multiple natural and human-caused processes are responsible. Among the most important is the natural settling and compaction of the geologically young mud that has been deposited in and around the bay. The Plaquemines Delta (the eastern side of Barataria Bay) is being built by the current outflow from the Mississippi River. The river only stopped delivering large amounts of sediment to the Lafourche Delta (the western side of the bay) about 400 years ago, meaning subsidence is still quite rapid in both areas.

Building a system of levees and canals to limit flooding has also played a large role in the land loss by preventing water from flowing into the bay and starving it of new sediment. Prior to the levees, the deposition of sediment used to add nearly 10,000 square kilometers (4,000 square miles) of land to the Mississippi Delta per year—an area larger than Vermont. Today, one of the few parts of the Louisiana coast still building new land is on the Atchafalaya River Delta. Barataria Bay, in contrast, receives minimal freshwater and sediment and builds no new land.

The twin challenges of global warming and sea level rise have contributed to the changes. Melting ice at the poles and thermal expansion of the ocean (by heating) has accelerated rates of land loss in Barataria Bay by roughly 20 to 30 percent, said Guandong Li, a Tulane University geologist who recently published a study on sediment dynamics in Barataria Bay.