Forests are not only key to moderating our climate by sequestering atmospheric carbon, but they also create a cooling effect by increasing low-level cloud. A first global assessment using satellite observations has shown that for two-thirds of the world, afforestation increases low-level cloud cover, with the effect being strongest over evergreen needleleaf forest.

Because trees sequester carbon dioxide from the atmosphere and convert it into biomass, forests are widely championed for their role in mitigating climate change. What has been less clear, however, is how forests affect the climate in other ways such as their role in the water cycle and surface energy balance.

The paper, published recently in Nature Communications, uses global data records of cloud and land-fractional cover produced by ESA’s Climate Change Initiative to examine the effect of the transition of vegetation cover into deciduous and evergreen forest.

“Earth observations are increasingly showing that trees and forests are impacting climate by affecting biophysical surface properties,” says one of the co-authors of the study, Alessandro Cescatti. 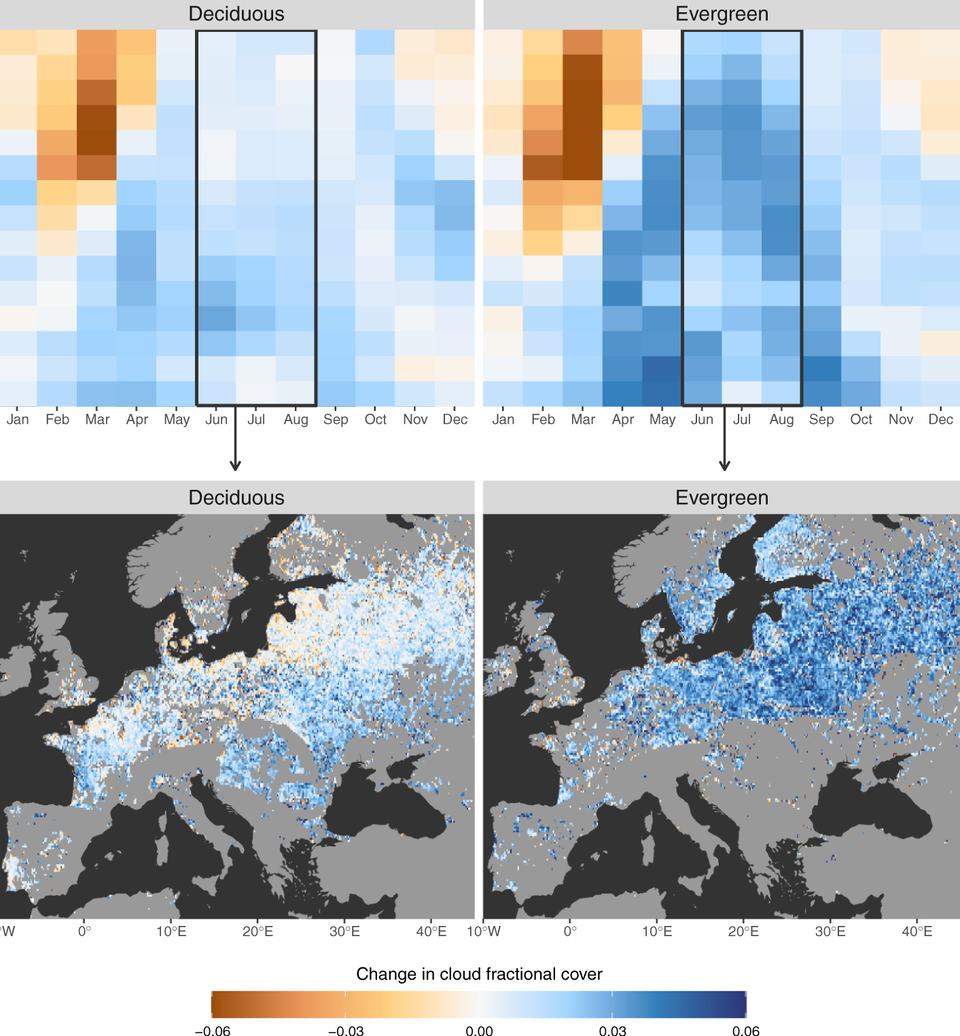 The effect of afforestation on cloud cover

The paper describes how cloud generally increased over the whole year in afforested areas in temperate, tropical and arid regions, sometimes by as much as 15%.

However, during the boreal winter and spring across North America, Russia and Eastern Europe, when these regions have prolonged snow cover, the authors found a reduction in cloud cover over forests compared to open land. The boreal summer, on the other hand, has strong and consistent increases in cloud fraction by about 5%.

Read the rest of the article on the ESA website